It features nearly 4,800 m2 of curtain walls and around 6,750 metres of formed sheet metal for the shading fins. On the ground floor, over 100 ornamental columns are clad in distinctive black Microbeton. Microbeton also supplied 60 slanting elements, benches and seating elements which were alternately placed between these columns. The edging elements were also produced using a special concrete mix.

We were contracted by the EMA Building Consortium  (Dura Vermeer and Heijmans) to provide the engineering, production and delivery of the lightweight concrete elements for the ground floor. Not only do the (ornamental) columns place the building firmly on the ground, but they are also vandal proof. Compared to conventional concrete, the columns are 60 to 70 percent lighter, significantly reducing the demands placed on the structure. The columns lead up to the aluminium fins above. To fit in with the exceptional aesthetics of the fins, we created special recesses in the columns.

For the lush roof garden, Microbeton created slim and lightweight concrete edging panels as thin as 4 cm. The panels have a unique plant structure, in three variations. 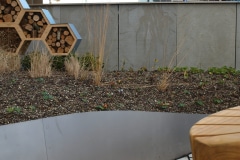 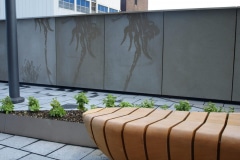 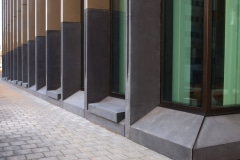 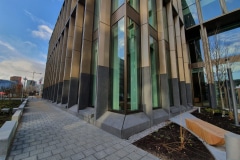 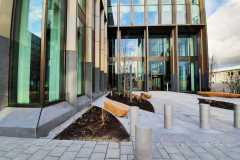 Home
About Us
How We Work 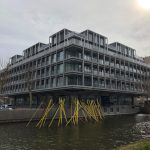 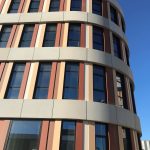